Click the images below if you’d like to watch the two 3-to-4 minute videos explaining the difference or continue on to read about the differences. 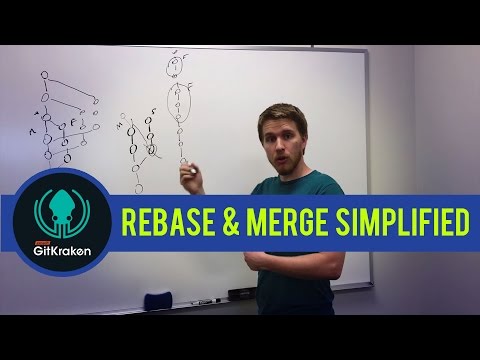 By merging feature into master, master obtains a new commit — a “merge commit”.

All by itself, the merge commit represents every change that has occurred on feature since it branched from master. Clean and simple.

The downside of merging? If used too liberally, merge commits can clutter up your Git logs, and make it much more difficult to understand the flow of your project’s history. For collaborative workflows in which other developers (and potentially even project managers/leads or QA) read your project’s Git logs for insight and context, readability is important.

To avoid this pitfall, try to use merges purposefully and sparingly. Avoid branching and merging when only making minor tweaks or trivial bug fixes. Use merge for cases where you want a set of commits to stand out.

Large refactors and major feature additions are good candidates for separate feature branches that can later be merged into master. As an added bonus, when merges are reserved for these major changes, the merge commits act as milestones that others can use to figure out when these major changes were incorporated into the project.

Let’s rewind, and pretend that we instead wanted to keep working on styling the letter ‘b’ — maybe change its size, font, color, etc. We need to get it just right — this change affects 50% of our codebase! But before we continue working on our feature branch, we decide we want to bring in the latest changes from master to keep things fresh.

Rather than merging master’s new commits into feature, we opt to rebase our feature branch onto master.

At a high level, rebasing can be understood as “moving the base of a branch onto a different position”. Think of it like a redo — “I meant to start here.”

At a lower level, what rebase actually does is pluck commits from a branch one by one (chronologically) and re-attach them to a different commit. The point at which the branch…branched has now changed.

You might see from the diagrams above why we would choose to rebase instead of merge in this situation. Unlike with merging, rebase does not create an extra commit. This is ideal for our situation, since all we are currently trying to do is keep our feature branch up-to-date with any new commits from master. This is definitely not a meaningful event we want to preserve in our project’s history.

Although the changes on the newly rebased feature branch are identical to what they were before, it is good to note that, from Git’s perspective, these are new commits with new SHA’s (the commits’ identifiers).

But even more importantly, realize that the feature branch’s history has been completely rewritten. That sounds a bit heavy, doesn’t it? You might wonder if there are implications to this you should worry about.

The Golden Rule of Rebasing1

Once you understand what rebasing is, the most important thing to learn is when not to do it. The golden rule of git rebase is to never use it on public branches.

For example, think about what would happen if you rebased master onto your feature branch:

The rebase moves all of the commits in master onto the tip of feature. The problem is that this only happened in your repository. All of the other developers are still working with the original master. Since rebasing results in brand new commits, Git will think that your master branch’s history has diverged from everybody else’s.

The only way to synchronize the two master branches is to merge them back together, resulting in an extra merge commit and two sets of commits that contain the same changes (the original ones, and the ones from your rebased branch). Needless to say, this is a very confusing situation.

So, before you run git rebase, always ask yourself, “Is anyone else looking at this branch?” If the answer is yes, take your hands off the keyboard and start thinking about a non-destructive way to make your changes (e.g., the git revert command). Otherwise, you’re safe to re-write history as much as you like. 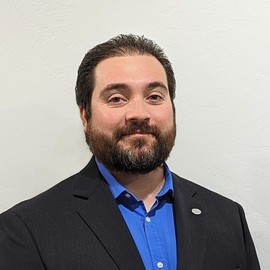 If you see errors or have more information on what you just read, please use my contact form to inform me. Thank you.